Over the weekend, I was going to write about my old friend Yehudi Menuhin but there was a problem with my website  providers and this site was down for over 24 hours. My apologies to everyone who tried to access my site during that time. So I’m going to write that blog today because my Fibonacci poem/elegy for the great violinist was published on Saturday by Every Day Poets and I can now give you the link to read it (and, if you want, vote for it on the page’s star system):

In my television days, as a producer-director,  I worked with Yehudi Menuhin on a number of programmes including his very last film project, my documentary Menuhin’s Children where we filmed him teaching twelve seven year old children the first stages of violin playing once a month for a year. Sadly Yehudi died during the making of this film and when we completed it, it became a tribute to his genius. We had become friends too during these monthly times together and, on the last day that we worked together (in February 1999), he asked if he could accompany me on my walk around the location when I customarily looked for shots that would mark the passing of the seasons. This gentle stroll in Guildford, Surrey (my birthplace) was not just about the beginnings of the new Spring but it was also the last time I was to see him, he died unexpectedly only weeks later in Germany. There was a spirit of calm, relaxation but also melancholy in the air that day which stayed in my memory and became the starting point for the Fibonacci poem that has just been published. 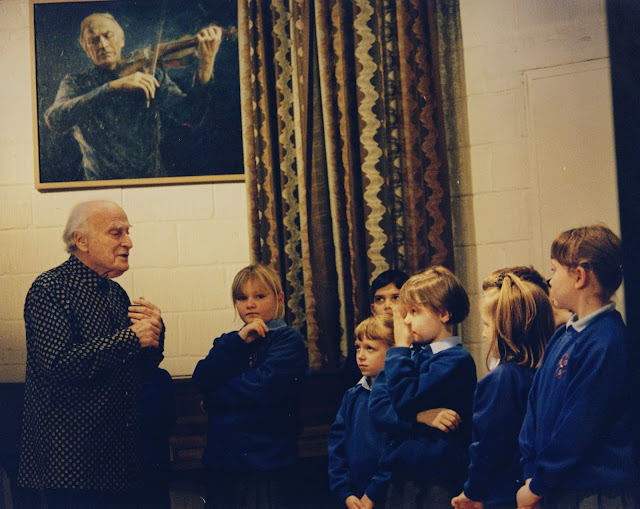 Yehudi Menuhin was a great violinist and a great advocate for peace and toleration through the world and I felt privileged to have known him.  I hope that the poem goes some way towards expressing my gratitude for the time we spent together.

In the spirit of completion, here’s a short trailer for my film Menuhin’s Children – it was first shown by the BBC and then all over the world:

You can  pre-order the book from the publishers, Ward Wood Publishing:
http://wardwoodpublishing.co.uk/titles-fiction-colin-bell-stephen-dearsleys-summer-of-love.htm
…or from Book Depository:
http://www.bookdepository.co.uk/Stephen-Dearsleys-Summer-Love-Colin-Bell/9781908742070